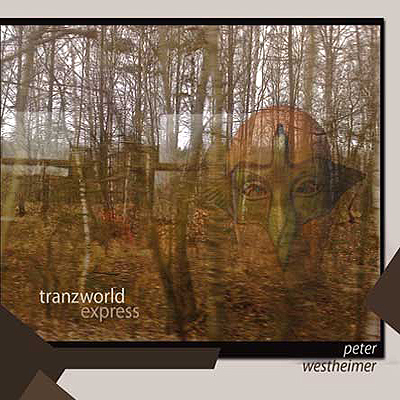 The Tranzworld Express is an imaginary train of the future seamlessly crossing borders, 'expressing' the rhythms, melodies, harmonies and politics of changing cultures.

This album with its' eleven track music menu was inspired by travels through Asia, the Middle East, Europe, and the USA in 2009. Its' rhythmic energies and perspectives come from the moving scenery of contemporary communities both rural and urban, and a retracing of family history.

With our planet's growing population, finite resources, climate change challenges, and biodiversity threats it's time to consider new personal and political paradigms. Change now, change for the positive ..... change for the children.

Dancing with joy and compassion in our hearts, old and young, crossing musical boundaries.

"I could have been born anywhere, somewhere, into times of novelty (innovation) or times of fundamentalism". We have the luck or otherwise of being born in a particular place at a particular time to particular parents. We take a chance on every course of action and have to accept the consequences. These are the chances of life.

Its easy to feel we know everything...we can immerse ourselves in a particular religious or spiritual journey, believing we will be somewhat enlightened by it. Sometimes we trick ourselves! "I know everything about nothing. I am totally light".

"I ran from Iran. I ran and I ran and I ran." Iran has a rich cultural heritage but where currently, freedom of speech is suppressed , dissenters are vilified, adulterers can be stoned to death and women are oppressed. Media control is pervasive as it is in many other parts of the world !

Accepting *Karma makes me calmer! Fate brings on the unexpected. Suffering can arise from arguing with what is. *In Indian beliefs, the karmic effects of all deeds actively shape past, present, and future experiences.

Compared to road transport and planes, trains [and bicycles] are fuel efficient and beautifully suited to future needs.

China and India with their rich musical & philosophical histories and 37% of the worlds population are currently political opposites and the rising cultural, innovative & economic powerhouses of our planet.

100 percent of the world's energy, for all purposes, could be supplied by wind, water and solar resources. *An estimate of numbers is 3.8 million large wind turbines, 90,000 solar thermal plants, and numerous geothermal, tidal and rooftop photovoltaic installations worldwide. The numbers are large but achievable and not an insurmountable hurdle. Society has achieved massive transformations before. We can eliminate fossil fuels – oil, coal and nuclear. *Nov. 2009 Scientific American [a path to sustainable energy by 2030]

Ghosts of the Future

I could have been born anywhere, somewhere. Times of novelty, times of fundamentalism chances of life.

I know everything - about nothing. I am totally light. Virtually enlightened.... almost got it. Fundamentally I am fundamental.

Karma than chaos, the unexpected.

Ghosts of the Future:

Ghosts of the future, toxic legacies.